Name of activity: Organizing “Days of Drawing” for children

Number of users: It is planned that the target group is 250 primary school pupils in Stolac and Berkovici

Activities: Drawing days are planned to be organized for 250 students in three schools, two in Stolac and one in Berkovici. In accordance with this plan we held six drawing workshops on the art lessons in consultation with teachers because some of students are not from the urban area, and it was impossible to gather after regular classes due to organized transport.

We created a positive atmosphere and a two-way communication between trainers and children, during each workshop leaders could see how children aged six to nine years are familiar with the basic concepts of discrimination and violence against women as opposed to children greater age.
The drawings of the younger children from six to nine years, there is an intellectual realism, which means that children draw existing elements that can not be seen because of the angle of presentation. For older children there is expressed criticism that the clearer and more vivid display the default theme in the drawing. This attitude has a negative impact on showing violence in the drawings, as it leads to the release of details and objects for which the child thinks that he can not well display and thus lacks important elements that indicate the presence of violence.
Drawings were analyzed based on the presence or absence of emotional indicators. Emotional indicators in drawings helped us to assess the emotional state of the child, whether the child is often in conflict situations, whether there is a certain level of anxiety, aggression, rejection, insecurity and powerlessness which is typical for children who are daily participants or observers of violence.

Children drew on the theme of the family in order to get a clearer picture of how they perceive the mother / wife and her role in society today. In this way they expressed their attitude towards family members by placing figures in certain order, size and color. A large number of children who participated in the workshops were presented by her mother, as a host, the person who is most concerned about them and that is the pillar of the family upbringing. Often omitted in the drawings and their father often explanation was: “Dad is at work.” Picture of the family is idealized and simplified, and it is mostly families with classic roles: mom at home with the kids, dad at work in the public sphere. Shows the hierarchy of power between the sexes.

The family of the child tells the proximity of the characters in the drawing on which is drawn the entire family. In certain drawings father is on the left tells us that the most important figure of the greatest psychological impact it has on the child. Notably, the sun on the children's drawings, which is usually away from the rest of the drawing in the child's subconscious is the father, especially if the distance from the rest of the drawings which may indicate a need for greater communication with his father. In the drawings, we can notice that some kids feel they do not belong. There is also a certain degree of anxiety and aggression.

Insecure and anxious children drew the small figures while children who are aggressive drew large figures, as well as large arms and hands.
Particular attention was paid to the drawings in which individual members of the family barefoot, without the feet and legs, explained that the child does not have enough confidence in their parents, and that he needed more security. With family in the drawings drawn a house that is a symbol of the mother. It was noted that more girls than boys are drawn mother and boys more often than girls draw father. Girls more than boys prefer red while boys prefer cool colors of blue, green and black. Preference red girls and preferences of blue for boys explained learned gender stereotypes.

However there is a significant aggravating factor in the interpretation of drawings during the drawing. Specifically, children drawing can express their desires and hopes, and on the other hand to avoid or reduce the various threats. Given that a number of children did not talk about what they drew during the workshop it is difficult, if not impossible, to discern what is actually working. The biggest problem is that the violence and discrimination against women is seen as a private matter rather than a social problem. Here we must not ignore the fact that neither the victims do not use your rights nor laws out of fear or shame withdraw charges against the abuser. In this way, mothers or wives for their children send a message that violence or discrimination of socially acceptable behavior. Children are raised in the spirit to think that violence is natural and normal thing that happens in the family. Present fear, shame, unconscious, mistrust and out lacks relevant information why children in higher grades do not show the elements of violence and discrimination in the drawings.

– It is necessary to work with young people to prevent violence and discrimination, because it is an age when entering the first connection and very often do not recognize some types of behavior in their relationships as violence or discrimination.
– It is necessary to work on the identification and elimination of stereotypes and myths about violence to justify and support violence against women
– Taking into the seriousness of this issue it is needed permanent commitment and cooperation of the community, people in positions of power and unselfish involvement of experts in solving this problem.
– Implement prevention programs in elementary and secondary schools
– Work on the change in the family related to traditional models related to roles based on gender (some cultures traditionally emphasize the male figures that have the power of a complete family.
– General changes in attitudes towards physical punishment. Norms that allow violence in the home must be changed-through workshops, training and lectures to inform the parents that is useless and harmful use of physical or any other kind of violence.

– Organize workshops for parents of children whose drawings clearly depict violence and discrimination, and educate them on how they can modify the desired behaviors and eliminate undesirable acceptable.
– Given that the school is just one but a very important partner, it would be desirable to this kind of workshops and training implemented at parent-teacher conferences to be used on dealing with issues of gender equality. In this way, students and parents and teachers to acquire knowledge, practice activities and develop values ​​and attitudes and become more competent citizens who are equally respected both sexes.
– To encourage the active participation of men in combating violence against women 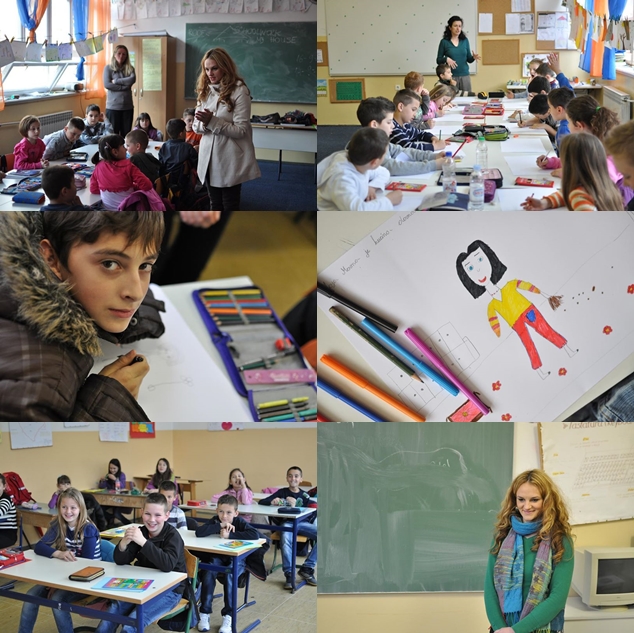 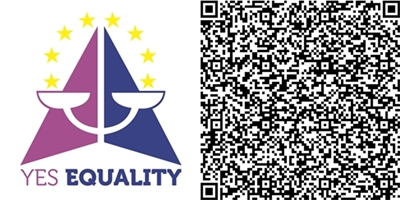