Integrating civil society generational perspectives in combating all forms of discrimination against women and girls – YES EQUALITY – (Report for activities done in January 2013.)

In January as it was planned we have been in several meetings in schools that are involved in this project. First meeting was done in primary school that works on Bosnian educational program. Minva, Pietro and Sanel were present at the meeting with Principal Adem Haračić of Stolac primary school. In this meeting we introduced and discussed plans of upcoming activities that are planned with children in the school, introduced them with “drawing days” and methodology of work. Principal of Stolac primary school was very cooperative and told us that we will have all necessary support from the school.

Our second meeting was with with principal of Stolac primary school that works on Croatian educational program but it was cancelled because as we were informed principal’s husband died and she was off from school for a while. We try to talk to her deputy but we were told to wait for her. We will arrange another meeting as soon as she returns.

Third meeting was held in Stolac high school with principal Mirjana Biletić and her deputy Mustafa Hodžić (school works as one unit but has two programs one that works on Croatian education program is lead by principal MirjanaBiletić and Bosnian education program was lead by her deputy Mustafa and all other activities are made by mutual agreement) We explained our mission and program and they were very pleased to be part of it and we have told that we will have their support in this program. This meting was attended by Minva, Pietro and Sanel.

Next meeting was held in primary school “Njegoš” in Berkovići with Principal Slavko Novaković. We informed him about upcoming activities, exchanged information and talked about methodology that is planned in our “drawing days” with children. Principal informed us that his school had similar activities in the past and that he is not so excited about this one, and also told us that he need confirmation from Ministry of Culture of Republika Srpska and  confirmation from parents before we start with implementation of the project.

After meeting with principal of primary school we had another meeting in Berkovići with high school Principal Vlado Ivanišević. This meeting as the other ones was informative; we explain our mission and our plans, talked about project and how students can take part in it. Princupal Vlado was very cooperative and said that he is very pleased that we include his school in this project.

After these meetings we had another meeting with principals and staff with goal to set methodology of selecting all children who are interested in joining this program and we have come up with one short questioner where children will be asked whether they want to participate in this project. 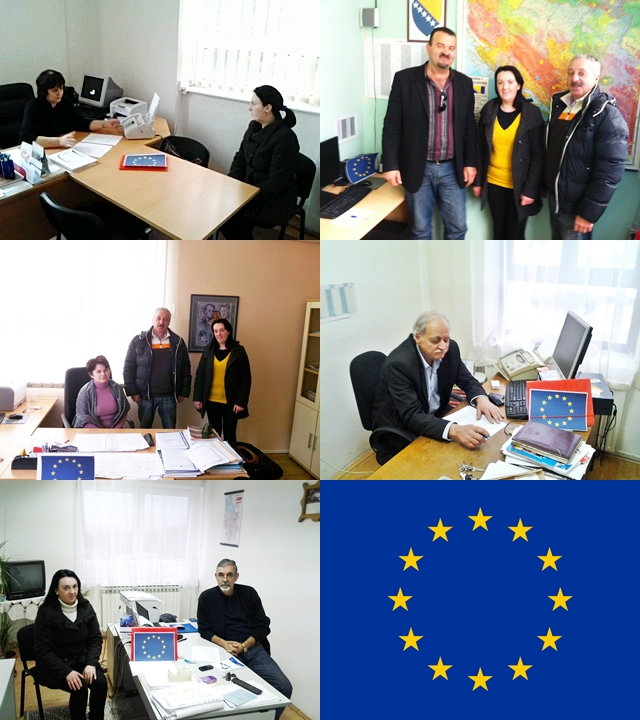